s we all know, Jagex updates the graphics for many things every now and then. The big Varrock update and the many NPC updates over the years are some of them. But have you ever thought about what has happened when these updates have been made? Like the positive side of the update and the negative side? In this article I am going to try and answer those two sides the best we can. 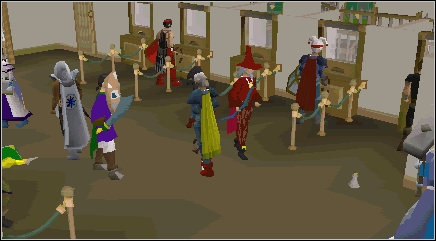 The positive sides of graphic updates are that everything usually looks much better than it did before and seems more realistic rather than little children’s drawings. Also, it means that people can have much more fun when playing a game with good graphics as that is what a lot of people look at when deciding to buy or play a game. Graphic updates also mean that when a skill or quest update comes out it can be better than it would have been without a graphic update. 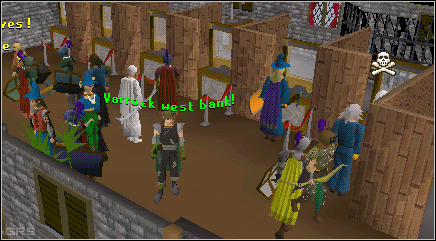 However, the graphic updates aren't always positive. Many things change looks and sometimes it is for the worst if you like what they looked like. It also removes part of the Runescape first graphics for players to see that were hoping to see some older Graphics. This can also be for older players that have quit and come back on for events like Easter. It has all changed since they left and they do not feel like they fit in anymore as everything is very different.

Here’s a quote by N0valyfe when he came back to do the Halloween event. N0valyfe was once one of the top Runescape players who took the first place in the overall hiscores 1st before quitting.

This is the event where I felt I really didn't fit in as a Runescape player anymore. The new updates, the interface, features, even the way I negotiated myself, I could see that a lot of who I was and what this game symbolized for me is simply gone, and returning back to it is out of the question.

As you can see that many things change when a player has quit like the graphic updates changing and seeming all different to not what they are used to. In N0vaylfe's quote above he says that he doesn’t feel like he fits in anymore because of the graphic updates and changes to the game that’s so different for him.

Some players in Runescape leave because it doesn’t match up to World of Warcraft graphics as it is a CD buyable game which makes it easier for better graphics, but checking in on Runescape every now and then. With Jagex updating graphics a lot it means that it matches up with other games and is a lot more detailed and much more fun to play and can even be better graphical then other games.

Many players have brought up in the past why Jagex doesn’t have the same graphics as many other games that you can play online. There are a few simple reasons for this, first being Jagex uses Java to run its games, which gives limited possibilities. The other reason is that a few great graphical online games you have to buy the CD for it and install it onto your computer, then pay to play online but starting it as a normal game meaning it will have the same graphics it has on the CD thus meaning it will usually be better then purely online games.

So when you log onto Runescape again think how the graphics are and appreciate them with the way they look knowing Jagex can only do so much. This leaves the article to an end and I will write a sequel to this in a couple of months to see how things have changed and player’s opinions.